“Girls building a Tokyo project” released, “Shogaizer (※) x blindfold” is an idol of the concept. 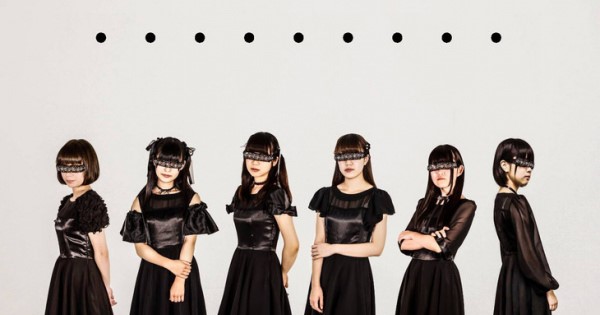 A lot of voices are heard saying “How much do you read” ………?
Actually, there is no official name of the group name, and fans call “Dots” and “Dotto Tokyo” etc.
“Concealed blindfold” in the concept is that all the members are shaped like sunglasses and the eye part is hidden. And as for the superbest, all member names are “·”.

Compared with ordinary idols, it is a quite eccentric idol, but there is a good songwriter that combines a vague white costume with a counterintensive fierce dance, cuteness and quality, and it is said that it is now the most remarkable idol .

What is a shoegazer?
Guitar sound with deep distortion with complicated use of feedback noise and effectors, repeating minimal riff, floating feeling that highlighted pop sweet melody, vocal singing like whispering is common in shoegazer It is cited as a feature.
(Quoted from Wikipedia) 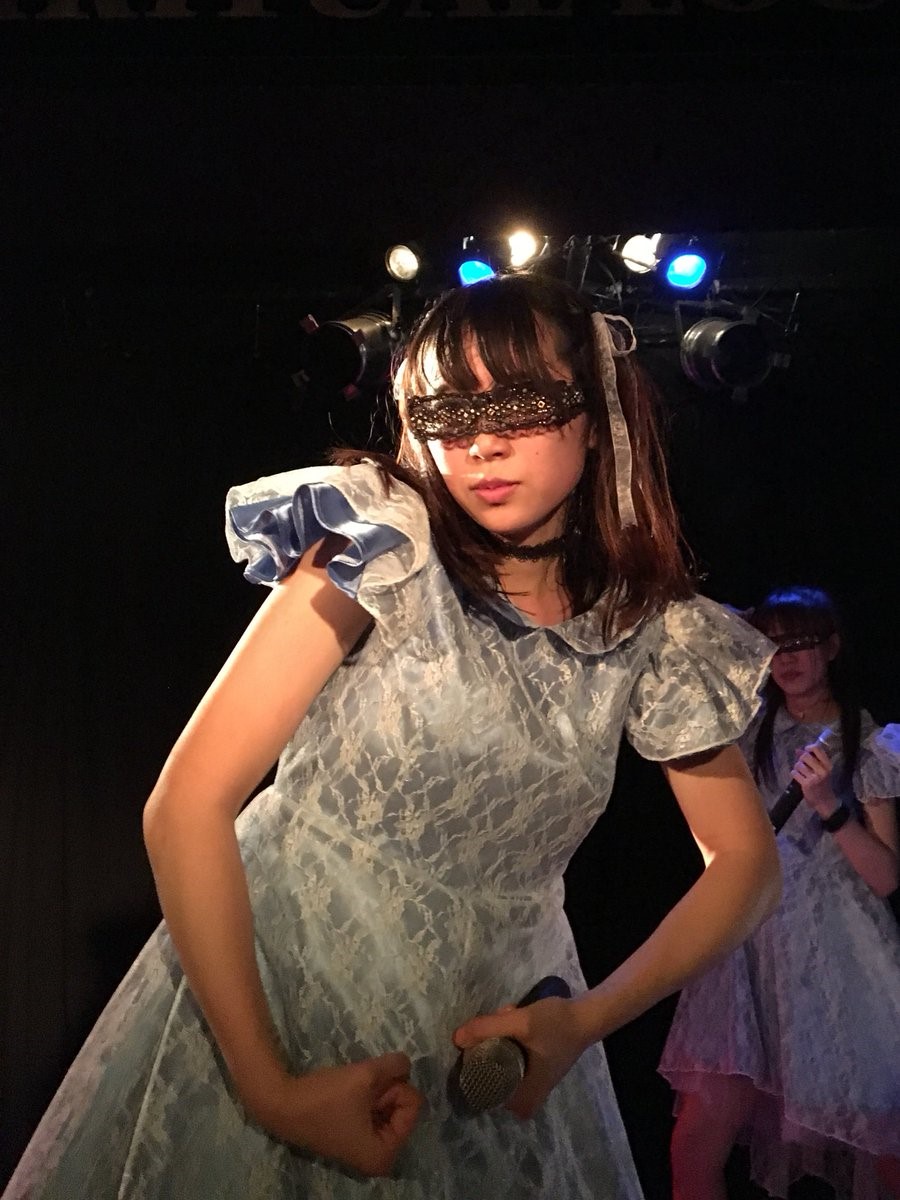 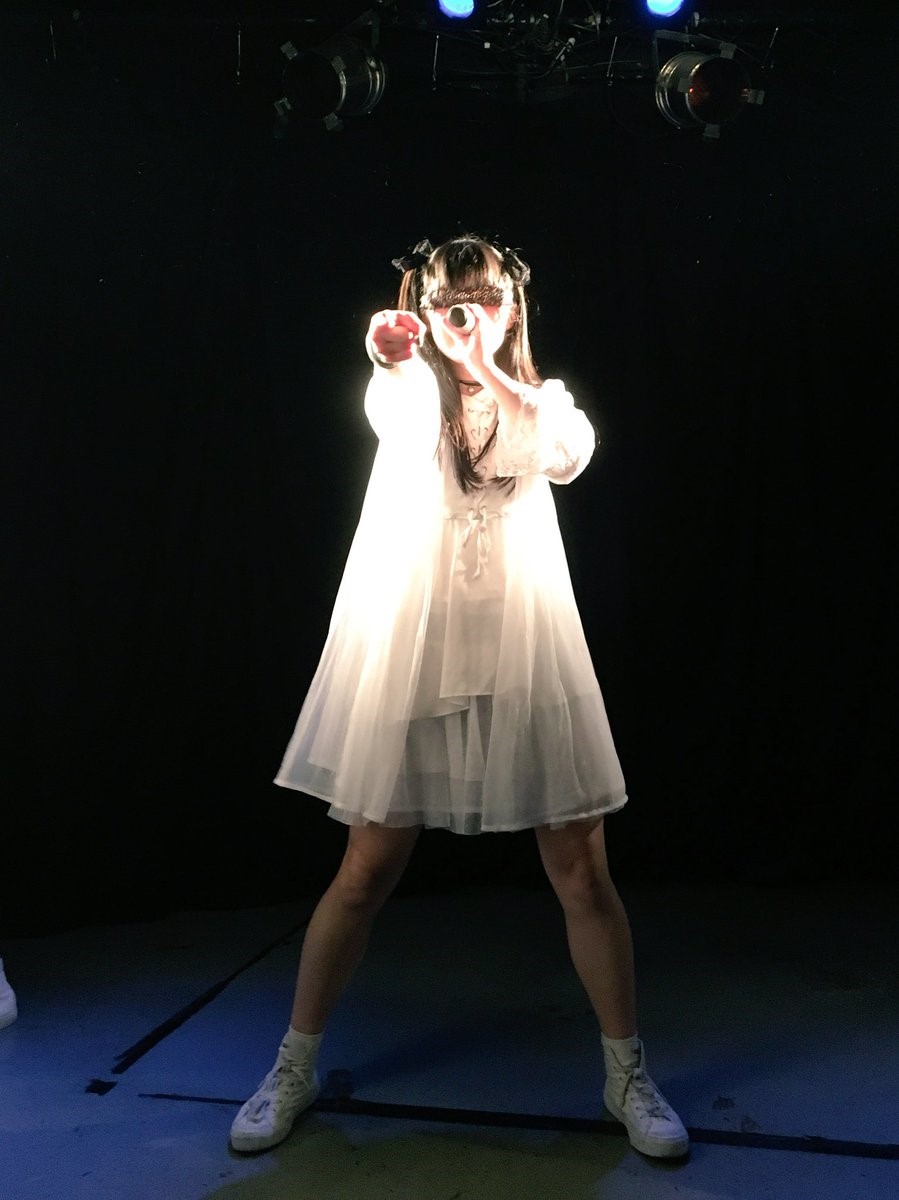 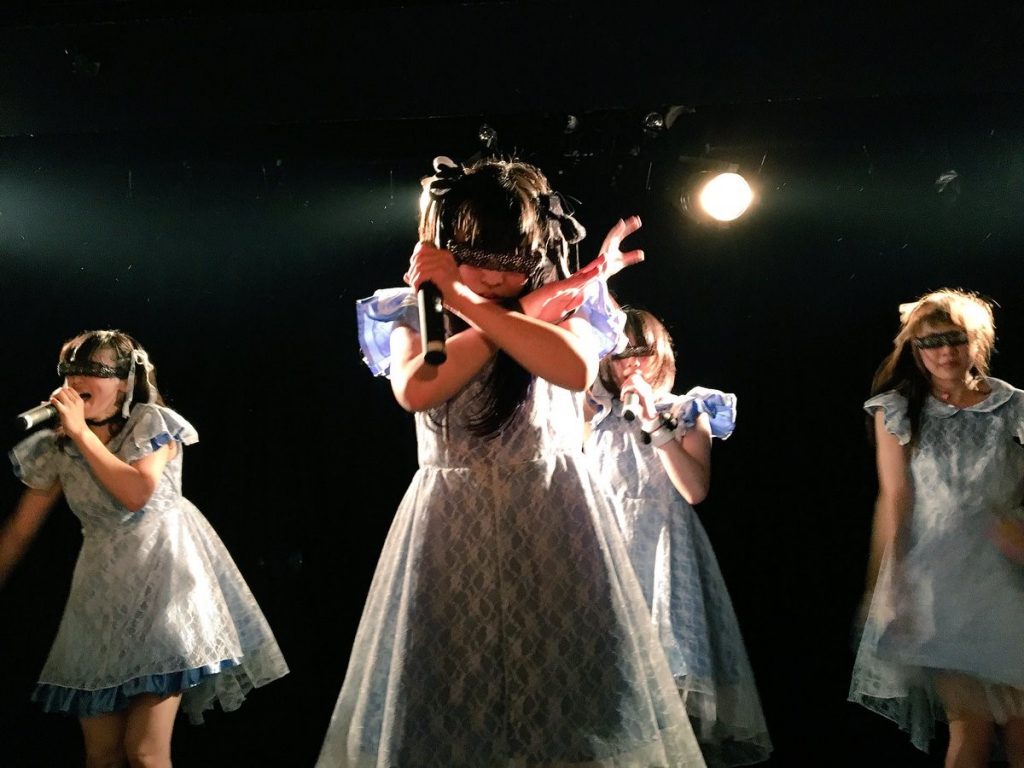 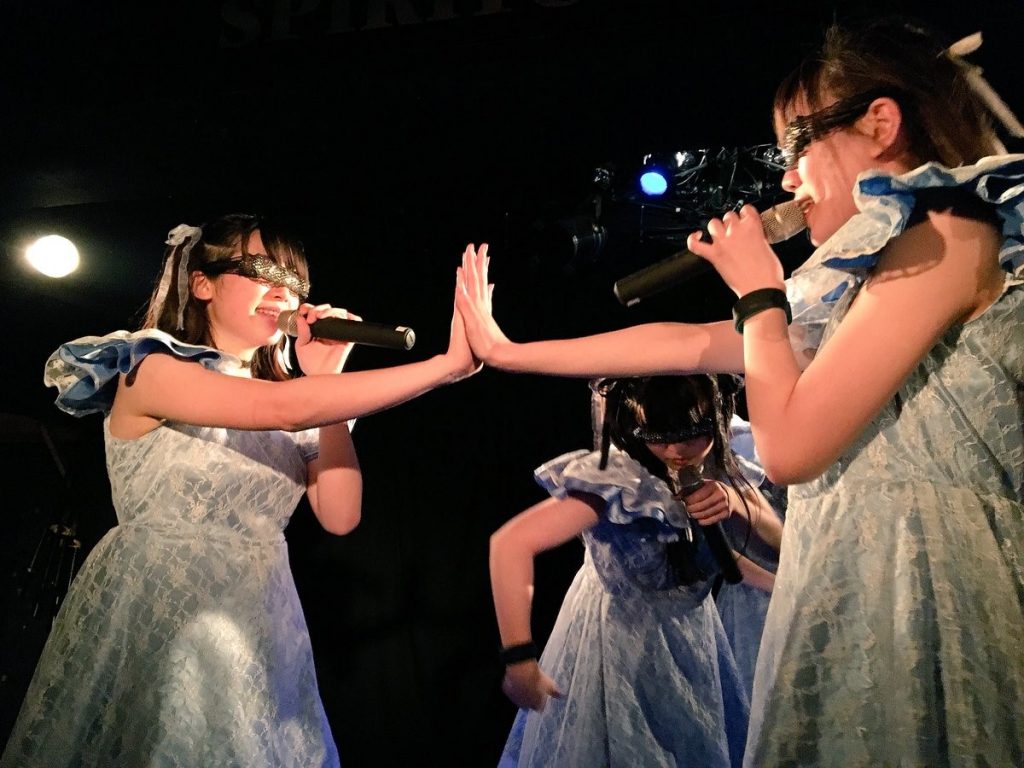 Impression on the day’s interview

“I think that Sapporo’s expedition was more unstable and more nervous in the scene than I was excited.

It was the first time that I did a one-man rural in the district, or let me think about a one-man Seli as a field leader on that day, it will work, what should I do if I fail it … I was full of feelings.
The one-man SETRIE of the day made it a celery which looks like a memorable live and a celestium when going on an expedition in chronological order.
There is something that seems to be a slight change of my mind about Sapporo expedition. I do not understand well here I felt that something changed, I wanted to look back on the past once, and made this SETRI.

I am worried in my head I feel uneasy Anxiety fail I fail this failed Seli I can not understand It is impossible impossible I think some people said they would fail, I feel I was feeling dark in a dressing room.
The live was as usual. I was cute as much as I thought I was feeling bad as usual and fun. But I feel like I’m feeling tense and brains melting, but actually I remember about that. I do not quite understand now that what made something changed in that settled was something good or bad. There is nothing to change from day to day, so maybe after a few years! The time may come when you understand It is not understood.

Before live, I will fail, I do not want anymore I want to go back as much as I can fail I am a bored person I die
It’s fun while you are live! I want to stay here forever! Members are cute! Dangerous! My head seems to be gone! ! Melt happy die
It was as if it was in medicine Live is really some medicine (‘- ^).

After live, I feel I have stayed in a state of emptiness after coming back to staying in a state of empty state. I did not understand the change, but I found a problem! Yay! There are lots of places to see it cool if you improve here If you think that it will take a great deal of time to repair one by one, but I will gradually raise the score gradually and definitely I want to have a live that will definitely get 100 points on someday. It is an impression of Sapporo expedition (‘- ^) b’

“It was a one-man live showcasing the past expedition live and show live SETRI. · It was from Okinawa expedition that we could take a girl’s shape and live showed. Of course, I think that it is a very important live for members as well as for fans of course – of course I’m thrilled to have such a live concert in Sapporo expedition, and in the subsequent expedition part, While feeling the atmosphere and calorie at the time of the live, I think that we were able to show our growth.It is important to take care of each live and expedition, but we can share it with fans from now on I will cherish time! ”

SETRI is one of my favorite “showcases, past expeditionary celti”, and I think that someone who has seen the scene was a very nice celery with fun and first-time people enjoying it.
Beginning with the reverse play first, it gradually approaches to the recent expedition. In Nuisuikukyo, this also invented the “cow’s milking”, it was Hokkaido’s very interesting production.
It was nearly non – stop, but thanks to everyone ‘s excitement I enjoyed playing live until the end!
Those who live in Hokkaido, those who traveled away from distant places such as Kanto and Kansai, thank you very much. In Hokkaido Expedition, · it was a very very valuable experience. Please wait as we will come back with more growing figure! ” 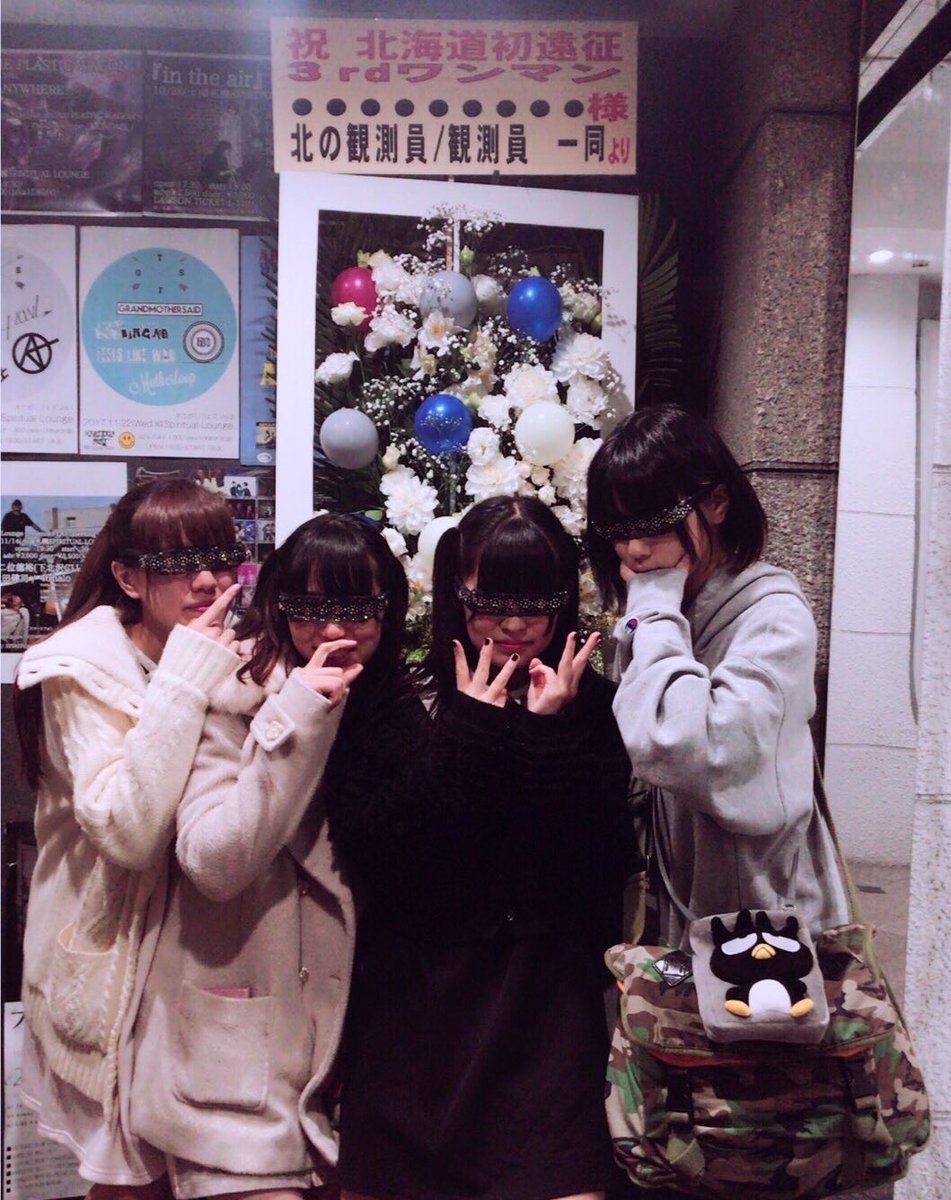 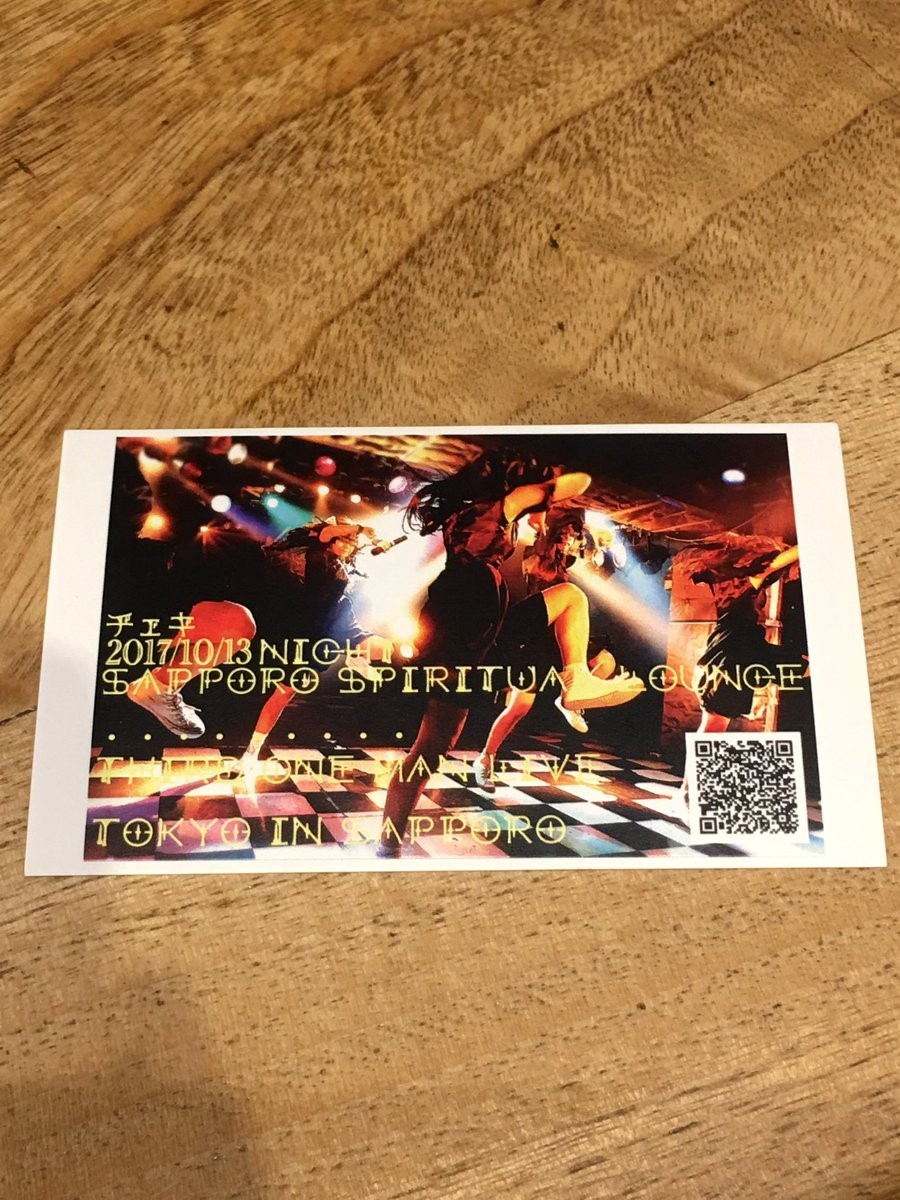